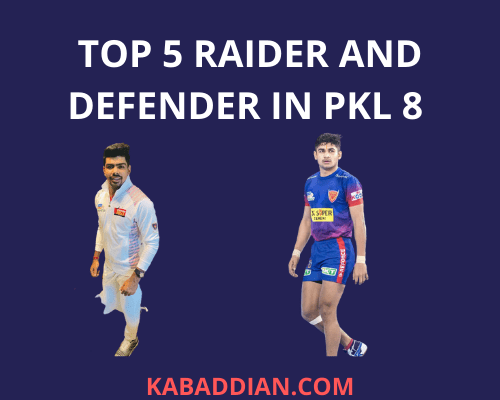 The eighth season of the Pro Kabaddi League has begun, and fans are enjoying the explosive action that they were missing so much last year. So far in Pro Kabaddi League season 8, the top raiders are Dabang Delhi K.C.’s Naveen Kumar, Bengaluru Bulls’ Pawan Kumar Seharawat, and Bengal Warriors Maninder Singh. pkl top raiders

Pawan Kumar Sehrawat is top raider in pro kabaddi 2022, captain of the Bengaluru Bulls, is the top raider in the Pro Kabaddi League 2021 season 8. This season, he has 304 points in 24 PKL games. With his incredible long reach, he has the capacity to surprise opponents, and his typical running hand touches make him a worthy opponent to confront. He has Thirteen Super 10s this season.

Arjun Deshwal is one of the Pro Kabaddi League 2021 season 8’s youngest raiders. His performance in the opening week of the PKL season 8 has enthralled Kabaddi enthusiasts. He formerly played for U Mumba until season 7, when he was purchased by the Jaipur Pink Panthers. So far, he has 267 points in 22 games. He has eleven Super 10s this season.

Among the top five raiders, Maninder Singh is rated second. He is now a member of the Bengal Warriors of the Pro Kabaddi League. In the PKL 2021, he has 262 points in 22 games. He has Twelve Super 10s this season.

Naveen Kumar joined the Dabang Delhi squad as a New Young Player in 2018. He has three Super 10s in three games thus far, giving him a total of 24 Super 10s in a row in the League. Naveen Kumar scored 16 points in a 31-27 victory against U Mumba, becoming the Pro Kabaddi League’s youngest and fastest player to reach 500 raid points. He accomplished this feat in only 47 PKL games. He has already scored 207 points in 17 games in Pro Kabaddi League games. This season, he has Eight Super 10s.

Surender Gill in his debut season performed really well. he played 23 matches and scored 189 points. when Pardeep Narwal was unable to play like his name at that time Surender Performed extremely well.