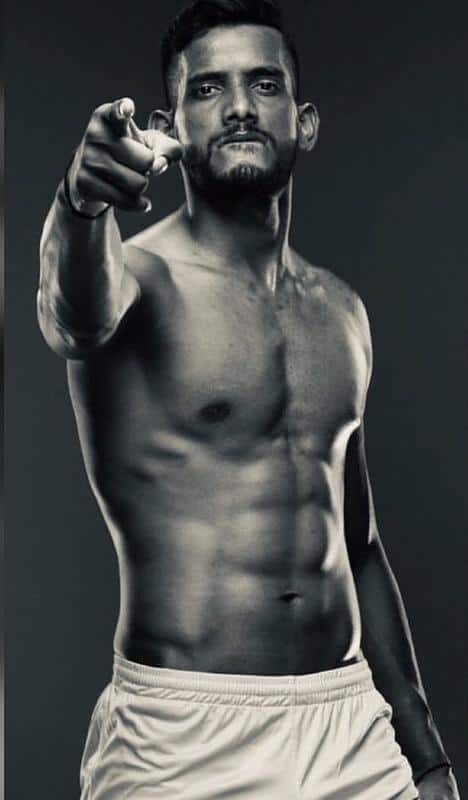 Pro Kabaddi league was started in 2014. At that time the highest-paid pro kabaddi player of the season was Deepak Niwas Hooda who was bought by Telugu Titans for just 12 lakhs but as the league’s journey starts, the league’s popularity also increased, and Pro Kabaddi Management decides to place a mega auction in Season 6, and that was the start of high bidding on the players. So, In today’s post, we are going to see the Top 5 Highest Paid pro kabaddi  Players in Pro Kabaddi League history.

in the 8th season of PKL Up yoddha bought Pardeep narwal for 1.65 Cr. he is one of the most successful pro kabaddi players. because of this Up Yoddha almost spent 30% of their purse amount on him. but his performance was not up to the mark in season 8. Up Yoddha able to reach in qualifiers for season 8.

Monu Goyat was part of season 5 winners Patna Pirates and was the 4th best raider of the league and was in his best form as Pardeep’s Raiding Partner. Patna doesn’t retain Monu Goyat because they had to retain Pardeep and Jaideep but Season 6’s Auction was going to be a life-changing moment for Monu. All the teams wanted Monu and Patna were also biding on him for his performance and then Haryana finally bought him in 1.51 Crores. All were expecting the same performance from Monu but Monu’s performance was average this season, he scored 160 raid points in 20 Matches which was not suited to his name.

2nd Name on this list is Bahubali Siddharth Desai, the raider who broke all the records in his debut season. In his debut season playing for U Mumba, Siddharth breaks the record of the fastest player to score 50, 100, 200, 300, and 400 points records. He scored 221 raid points in the 21 matches he played and this results in the season 7’s auction. Many teams wanted Sid to join them and Telugu titans bought him in 1.45 Crores Desai repeated his performance for Titans also and scored 220 points in 22 Matches.

The Showman Rahul Chaudhari is one of the biggest names in Kabaddi. He is the league’s Second best raider and scored 700+ points in his first five seasons and was the highest raid points scorer at that time and these stats are enough to show the capability of Rahul Chaudhari. In season 6’s auction, he was one of the best players for the teams to buy and Telugu titans bought them in 1.29 Crores. Rahul scored 166 points for Titans in the season with 4 Super 10s.

Nitin Tomar was the captain of Up Yodhha in Season 5 and also scored 177 points in 20 matches and was the best raider in the team. He was captaining a team the very first time and he leads his teams to the playoffs in his debut season his captain capability and raiding talent earned him the trust of the teams and Puneri Pultan bought him in 1.20 crores in Season 6’s Auction. He scored 102 points in 11 matches but after that, he got injured and missed the rest season.

Deepak Niwas Hooda, Present Captain of the Indian team and one of the best All-rounders of Kabaddi. He was also the most expensive player of the very first season of the league and he also scored 550+ Points in his first five seasons and also was a successful captain in Season 6’s auction Jaipur Pink Panthers bought him in 1.15 crores and it is the most Beneficial bid of the league history as Deepak became the most successful all-rounder in Season 6 and Season 7 and also scored 10 Super 10s and even a High 5 in Season 6.

I hope that you have enjoyed this post. Stay tuned for the latest updates.